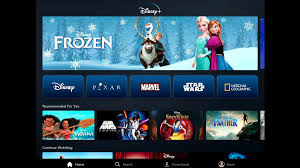 Disney+ launched with a bit of a rocky start, with the service crashing on its first day. Many users addressed their issues on social media stating that there were login errors and outages.

NAHS Senior Brendan Mcgoldrick was hacked. When asked about this he said, “I feel personally attacked and victimized by such a preventable tragedy. I feel they could have easily prevented hundreds of thousands of hacked accounts.”

The negative posts began to stir up some controversy towards the service but the positive posts and feedback outweighed the bad. To be able to watch over 500 films and 7,000 episodes of shows for only $7 a month, it is worth it.

Teenagers have been eager to rewatch shows from their childhood that are not streamed on other services. Disney+ allows you to watch all the shows and movies you loved as a kid.

NAHS senior Eliza Dion says, “I love it because I can watch my favorite shows as a kid such as, Good Luck Charlie and Hannah Montana, and it brings back good memories.”

Services like netflix and Hulu do not have a selection of Disney shows which is making Disney+ a big competitor.

When asking senior Mariah Daniels if she likes netflix or Disney+ better she says, “I like Disney+ better at the moment because it allows me to watch all the shows that I haven’t been able to watch in a long time.”

Although Disney+ might be experiencing the popularity that comes with any new service, the fact that it has so many options already available and more to come is sure to keep members for the long haul.