Recently, there has been breakthroughs in the study of genetics. Specifically, the ability to chose what traits you want your child to have based on selecting what genes you would like. This phenomenon is known as designer babies, and it is coming faster than you think.

In the past, science has been able to successfully combine an egg and a sperm to create an embryo in a laboratory dish. Normally, this procedure would require the sperm of a male and the egg of a female. However, recent discoveries show that you can fool a sperm cell into thinking it is fertilizing an egg when it is actually fertilizing a normal body cell. By using this process, babies can be made by two men, two women, or even a single person.

This method is one of the things that lead scientists to create a new method of selecting specific genes.

Designer babies are no longer a myth or science fiction. Being able to select what traits your babies have is a very real possibility. By using this process, parents can remove any disorders or inconveniences that the baby would possess normally, or they can craft their child’s appearance based on their desires. 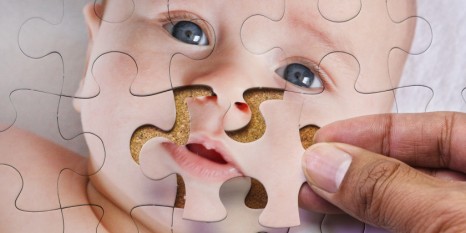 Annie Roberts, a freshman attending Tufts University, claimed, “I am going to make my child perfect, I will have the cutest babies out of all of my friends.”Clearly people see both sides of this new discovery.

The controversy caused by this phenomenon is massive. Some see it as going against nature, God and even the human race. Others see it as just curing their child of diseases and genetic defects before hand.

No doubt this topic will make a lot of people angry when discussing the morals of designing your own baby to your pleasing.

Bob Mullaney, a local North Attleboro resident, stated, “I don’t know much about the process but being able to choose what your baby looks like is immoral and science gone too far.”

In a way, those who say that it is going against nature are correct. Natural selection has been the method that every living thing on earth has used to change and evolve. However, by using genetic science to choose how you want your offspring is not true to natural selection also known as Darwinism. If the human race adopts designer babies as a norm, then we would be evolving using intelligent direction rather than natural selection. Some may see this as a good thing and some may see it as a bad thing.